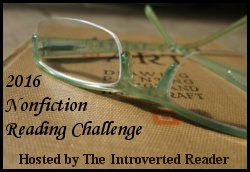 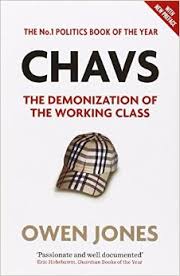 Synopsis: Jones investigates where our current image of the working classes as layabout, trouble making chavs has come from. He analyses political decisions made by Thatcher, New Labour and the current Tories as well as analysing newspaper headlines and shows such as Little Britain.

When it comes up in conversation, I tend to say that I come from a working class background rather than I am working class. There are two reasons for this. First of all, I now have a lot of the trappings of a middle class life. I’m a teacher, I live in suburbia, I read the Guardian and have a veg box delivered and people are keen to point that out. I don’t really believe that class is something that you shrug off the minute that you start to earn more money. Just like if you are upper class and you lose all your money, you are still upper class, you just have no money. It makes more sense when you think about it that way round but it is just as true of working class people who have climbed up the ladder a little bit.

The other reason is less pleasant. I want to disassociate myself from the popular image of the working class chav. I want to say I’m working class like it was perceived 30 years ago when I was growing up rather than working class as it is perceived now. Having read Owen Jones’ book, I feel more than a little ashamed of myself.

It’s not that the things that Jones discusses were news  to me and it’s not like I’m supportive of measures to cut benefits but it is easy to forget that there are genuine reasons and real people behind the stereotypes.

Jones outlines the systematic destruction of working class culture by first, Thatcherism, then New Labour and finally, the Tories again. It is easy to see how this program of cultural demolition has pushed many of the working classes into the open arms of the far right. The role that Labour used to play in many working class communities has left the ideal space for the BNP and UKIP. Cleverly, the BNP have started to play a community role in some of these areas, organising events and dealing with problems.

As Jones points out, the demonisation of the working classes has allowed this Government the most almighty get out clause. It has allowed them to avoid dealing with tax evasion, instead focusing the public’s eye on the much smaller problem of benefit fraud. It paints working class people as lazy and shiftless rather than deal with the fact that there aren’t enough jobs and a lot of the jobs there are are insecure. Focusing working class minds on the problem of immigration has allowed them to avoid putting in place legislation which would stop businesses being able to pay lower wages to immigrants. The list goes on, each item more deplorable than the last.

It is very easy to see why immigration is seen as such a big problem in working class communities. Of course, it would be easy to dismiss this as racism but as Jones points out, this is a far more complex problem than that. Immigrants who are willing to work for a low wage – but probably higher than they were earning at home – drag the entire job market down. Similarly, immigrants are less concerned about having permanent contracts so jobs become more insecure. It is in this atmosphere that parties such as the BNP and UKIP thrive, playing ruthlessly as they do on these insecurities.

Jones describes an experience he had while knocking on doors during the run up to the 2010 election. He describes what seems like a normal working class conversation about immigration except that the woman was Asian. I had a similar experience more recently in the run up to the Brexit referendum. Pupils were very keen to share their opinions (or their parents’ opinions, I suppose.) One Asian pupil was particularly vocal about how we should leave so we could get rid of all the immigrants. There was no point in saying that at some point, somewhere in his family history, they must have emigrated to this country. At the time, I was annoyed with him, I must admit. It seemed unfair that he should wish to stop the very process that had at some stage brought his family to this country. Having read, Jones’ book, I feel like I understand a little more. It is to do with feeling threatened and insecure and that is the motivating factor for the working classes and the issue of immigration, not racism.

After reading this, it is easy to see why so many working class people voted for Brexit. At the mercy of right wing politicians who made promises they could not keep and abandoned by mainstream politics, it is little wonder so many voted to leave. It is the logical result of the systematic ruin of working class communities.

Jones is rightly angry and after reading this book, you will be too. It is frustrating to think that things are only going to get worse when we eventually leave Europe. Brexit will compound problems in working class communities without actually doing any of the things that it promised to do about immigration.

One thing is for sure, this idea that we are all middle class now or that class no longer exists is a big lie. It is unlikely to be challenged any time soon, as it is so helpful to the Government. I’m not sure what the answer to all this is. A stronger Labour party who were genuinely concerned about working class issues would be a start but until they can stop all the in-fighting, that doesn’t seem all that likely.