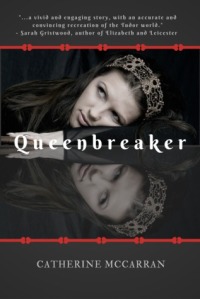 Synopsis: At the beginning of Anne Boleyn’s reign as queen, Mary Shelton is sent to court. She must learn to survive in a world of secrets, lies, and ambition. Will she get what she most desires – a good marriage – or will she fall victim to those around her who are fighting only for their own interests.

I have always had a bit of an interest in the Tudors since doing it for my A-Levels so a book about life at court under Anne Boleyn seemed like a good choice for this genre.

The novel is written from the point of view of Mary Shelton as she learns to navigate  her way through life at court. She is a country girl and is treated as such. She is unable to see through the lies of others and as such finds herself – more than once – in a situation that will bring shame on her family. This element of the novel is convincing as it captures what I imagine the intrigue at court would be like.

Mary herself was difficult to like and I found I watched dispassionately when she found herself on the wrong end of John De Vere’s lies. It was hard to feel sympathy for any of the characters or to care about their reasons for revenge. Maybe reading this as a younger person, I would have had more sympathy for Mary who was trying so hard to be one of the grown-ups. At least she had the excuse of actually being a teenager. The rest of them just behaved like spoiled children.

It was a little hard to keep on top of exactly who was double crossing who. A lot of the women had two names and I found it difficult to remember who was who and who was one whose side. Mary ends up with a finger in every major intrigue which seemed unlikely. Would a teenage girl, not aristocratic or from London really have become such a lynchpin?

Towards the end, it becomes clear that someone must rescue Mary from her plight (as there are two more books in the series) and I felt that removed some of the tension that there might have been. By that point, I just wanted the story to be over as it had become a little repetitive. I can’t imagine that I will read the next one.