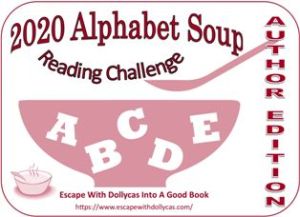 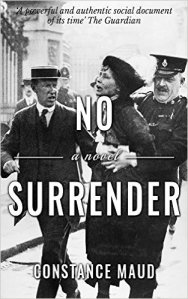 Synopsis: Jenny Clegg is a mill girl in Lancashire when she gets involved with the Suffragette movement. The novel follows her and her friend Mary O’Neill through marches, prison and force feeding during their fight for the vote.

I first heard of this novel in the BBC Two program, Novels that Shaped Our World in November, last year. It sounded interesting so I downloaded it onto my kindle. I’d never read a novel about the suffragette movement before – indeed, I don’t think there are many – and so I was quite excited to read it. Unfortunately, it did not live up to my expectations.

The main issue with this novel is that it is purely political. So you might expect when dealing with such a subject but there is nothing else in this novel, no subplots, no romance and no other way of separating characters. The players in this novel are good or bad depending on whether or not they are for or against women’s suffrage. In a lot of cases, this is their only personality trait. On both sides of the argument this led to stereotypical and hollow representations. The suffragettes were all good, moral women and those against them often seemed ridiculous. No one ever wavered in their feelings – no suffragette anyway. Some of the disbelievers come across to the suffragette side.

Secondly, the majority of this novel is dialogue. Not only that but a lot of it is written in dialect which is often hard to decipher and did make me wonder if Maud had ever actually had much to do with the working classes. It made the reading experience jarring at times. All the dialogue also made the pace quite slow. There wasn’t much action, more people describing action.

There are good things – important things – in this book. It describes a lot of the reasons that women wanted the vote really clearly and shows the injustices that women – particularly working women – faced at that time. It described the force feeding of Mary O’Neil in detail and showed how badly the suffragettes were treated in prison. All of this is important historical detail but unfortunately it didn’t override the other issues with the novel.