Finally, I am keeping my promise of being more involved on Twitter. I don’t know why it makes me so nervous – perhaps because I’m not a naturally sociable person and Twitter seems a bit like going up to strangers and tapping them on the shoulder. I’m getting used to it though and have been answering questions from fellow writers quite happily. However, I do find some questions hard to answer so I’m going to detail my difficulties in this post.

What genre do you write in? I realise that this should be a straightforward issue. And with Choose Yr Future it is relatively straightforward as it is a dystopia. However, new projects are not (mostly anyway). They are about often relationships and love but definitely too dark to be traditional romance. They are often about violence but are not crime fiction. I suppose you might say they are psychological but I’m not sure they would fit the idea of a thriller. I would say they are literary fiction but that is quite a broad church and doesn’t really narrow it down any.

Any questions relating to my WIP. The problem with this is that now that Choose Yr Future is finished and being polished, it is no longer a WIP. I’m yet to decide what comes next. I’m flitting between a number of things at the minute. Hopefully one will become pressing and I won’t be forever writing 4 or 5 different books. (That is what happened last time. Choose Yr Future just became the most interesting. It wasn’t the oldest or the newest.) Here is a list of the possibilities:

Surface Details – A family is thrown into turmoil when the mother suddenly disappears. While trying to find out what has happened they stumble upon many secrets. MC – Karen, Adam, Jenny and Nate Murrow.

The Practise of Deception – A year in the life of a group of friends and lovers looking at the lies that they tell each other. MC – Matt Murphy, Martyn Wilson and Steph Wilkinson

The Meaning of Sickness – A gay teenager stabs the girl who has been bullying him but she has struggles of her own with anorexia. MC – Dan Hughes, Carol Mitchell, Lee Stratham

The Box – A dystopia looking at gene selection and creating designer babies – MC – Jake and Heather.

Not to mention the many ideas and notes that are awaiting attention.

Protagonist V Antagonist – Often Twitter asks what is your villain like. Maybe it is because I don’t write genre fiction but I don’t have obvious villains. Some characters are less good than others. Some are downright horrible. But they all have reasons for their behaviour and I try to make sure that they are not 100% bad. Similarly, the supposed good guys are not 100% good.

A recent four star review of Shattered Reflections on Amazon said that although a lot of the characters were not nice this made it a better story. This review pleased me as it suggested that he had understood what I was trying to do. Making characters likeable is not something I have ever been concerned about.

It is certainly true that 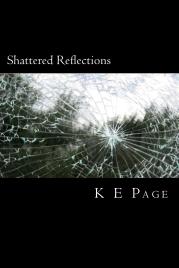 even the more appealing characters in Shattered Reflections have a nastier side. Jamie Hartnell, one of the main characters, begins the novel as a studious, sensible character. If he had remained that way throughout the novel, he would have been pretty one dimensional and no one would have cared about him. However, when it is discovered at school that he is gay and his so-called friend George starts to make his life a misery, I felt it was realistic to show the changes in his personality as he became more defensive and so very angry. His relationship with his mother also deteriorates, something he feels particularly angry about. He could not remain the same, no one could go through that and still be the same person.

At the same time, I do not believe that having characters that are irredeemably evil is any better or any less one dimensional. George could be seen as the villain of the piece but he was struggling with issues of his own relating to his sexuality and I wanted to make it apparent that this was the reason for his violence. Even the most terrible of characters – Patrick Bateman springs to mind – have to have something to keep the reader interested. For example, while obviously Bateman is not likeable, it is possible to feel concern for him and understand that he is trapped in a system that alienates people so much that they consider murder the only way they can be noticed.

Finally, I wanted to write a novel that was quite psychological and while it is written in third person, it is always from the various characters’ points of view. I think that if you could genuinely see inside other people’s heads you would find that most people have a less than likeable side. Most of us think things that we would never share and part of being a nice person is not sharing them with others. However, when you are writing from a character’s point of view, you cannot afford to leave such thoughts out. It would be dishonest and you would be left with those nice, one-dimensional characters that make for such bad fiction.

So it is out in the open now. I have written a novel and it is out on Amazon. A wider circle of people now know. I can safely say to be people that I am a writer. They can ask that question and I can say ‘Oh, a novel.’ Previously, I always avoided using the word writer. Even though every spare second was spent writing. Anyway, I had an real job. And that was what I gave as my occupation if anyone new asked. It would have been pretentious to use the word writer before this point. And a little embarrassing. I’m not sure why I thought that I needed the solid proof of being published but otherwise, I think, it would have seemed a little too much like intellectual masturbation.

I was always writing though. I think that as I have not previously mentioned it, people think Shattered Reflections appeared fully formed in the months since I have been unemployed. However, this is a work that has been years in the making. Writing sentences, paragraphs whenever I had the chance: on the train to and from work, when I had finished planning lessons, instead of reading in bed at night, while I ate my breakfast. Notebook upon notebook which then had to be typed up, checked and checked again. Without the last months of employment freedom, I would never have managed the final steps but the actual novel was virtually finished by then.

But now I am getting used to saying it. Although still with a small feeling of silliness. As if it is still not quite real. Perhaps because I am not making very much money from it at the minute which means I will have to get a ‘proper job’ when the money starts to get a bit low. And I’m getting used to the ‘oh I’ve always thought I would like to write a book but I wouldn’t know where to start.’ Well, you just start. For me, there was never any choice but to write. I’m not expecting to become a best-seller or make millions. (I mean, it would be nice, obviously but it is not my main motivation.) Regardless of how many copies I sell, how much people like it, I will always write because I have to and because I enjoy it.

Exploring What Captivates, Inspires, and Intrigues Us.