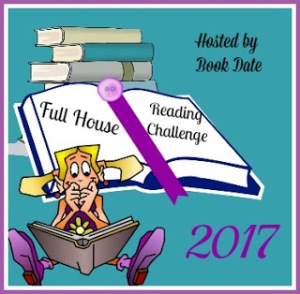 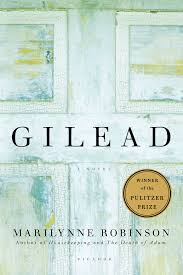 Synopsis: John Ames is trying to write a memoir for his young son. Aware of the fact that he will die soon and will not have much time with his son, he tries to write down what he feels is important – about his family and about history. Ames is a preacher and there is a lot of ruminating about the nature of heaven and what happens when you die.

I inherited this book a few years ago from my husband’s aunt and it has sat on the shelf since then. I was aware of Robinson as an important female American writer but when I read the blurb on the back of Gilead, I wasn’t sure I would enjoy it. I’m not a particularly religious person and I wondered if it would be too spiritual for my tastes.

It turned out that this was true to a certain extent – it was the reason I didn’t give it five stars. However, there is much to love about this book. Robinson’s prose captures Ames’ voice exactly and I could almost hear him talking in my ear. It was like having an intimate conversation with an older relative.

The historical details – the story dates back to the civil war – were interesting and vividly painted. I was particularly touched by the description of son and father setting out to find the grave of Ames’ grandfather who walks away from Gilead. Father and grandfather did not see eye to eye as the older man was a radical abolitionist and often preached in a blood soaked shirt.

Ames is particularly affected by the arrival of his namesake, the son of his neighbour and friend. John Ames Boughton had left town in disgrace many years ago and Ames finds he is worried by his reappearance and struggles to respond when the younger man reaches out to him. He has a number of theological struggles but the main one is to try to forgive Boughton his sins which he finds increasingly difficult.

It would be impossible not to feel for Ames who has been lonely for most of his life after losing his first wife in childbirth and his baby daughter not long after. He is now married to a much younger woman and has a child but is dying and cannot bear the thought that soon he will be nothing but a memory.

There isn’t a lot in the way of action in this story. It is mostly about the struggles of an old man who is about to die. The slow reveal of Boughton’s true situation offers some suspense but really the novel is about spiritual matters and how best to live your life according to your beliefs. In the end, Ames is able to respond kindly to Boughton, giving an example to his young son of how to live and be thankful for what you have.