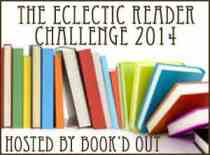 Synopsis: Someone is strangling and binding women in Virginia, America. Kay Scarpetta is the chief medical examiner assigned to the case. The novel starts with the fourth murder and shows the way the murders are making everyone from single women to city hall officials to reporters jumpy.

I was excited to read Cornwell for the first time so I was pleased when her name came up on a search for medical thrillers. She was one of the major crime writers that I had yet to sample. I decided to start at the beginning of the Kay Scarpetta series, instead of diving in in the middle which is my usual habit. I wish I hadn’t.

This novel was published in 1990. I found I kept saying that to myself while I was reading it as if it was an excuse. Kay Scarpetta seemed the absolute product of 80s feminism; all bitter and distant from having to climb the corporate ladder in a man’s world. Okay, maybe that is how you would be but it made her difficult to like and even harder to identify with. She seemed to dislike men on principle regardless of whether they were sympathetic to her or not. That started to be a little wearing as the novel progressed and I found myself getting annoyed with her.

It was a bit of a distraction from what was a good thriller. It kept you guessing until the end. It was interesting to note the differences from modern crime stories which rely so heavily on technology. DNA profiling was still in it’s infancy and Cornwell seems a little unsure at times exactly what to do with her evidence. That said, the novel is full of close detail and medical information that is interesting. The process of working from evidence through research and finally to a solution was impeccably described.

In the end, the story was compelling enough to keep me reading despite my reservations about the characters. However, I doubt I’ll read on.