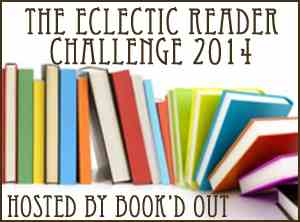 Synopsis: Rattlesnakes – three friends drive out into the desert to take drugs and end up stranded with unexpected results. If you liked school, you’ll love work – an expat struggles to juggle all of the women in his life. The DOGS of Lincoln Park – a trendy young woman who loves her dog more than her friends is disturbed by the arrival of a Korean chef in her apartment block. Miss Arizona – a struggling screenwriter meets his match in lonely Miss Arizona. Kingdom of Fife – Jason King and Jenni Cahill struggle with the boredom of living in a small Scottish town.

This collection was a mixed bag. I’m not a massive fan of short stories but Welsh’s previous collections (The Acid House and Ecstasy) were both excellent so I thought I’d give it a go for the anthology genre in this year’s Eclectic Reader Challenge. I’m not sure why they didn’t quite grab me this was fairly typical Welsh fare. All the usual ingredients. But then maybe that was the problem.

Rattlesnakes started well. You know you’re in a Welsh story when someone gets bitten on the penis by a rattlesnake and the only way to avoid death is for his best mate to suck the poison out. However, this story was spoiled by the borderline racist depiction of a psychotic Mexican. When he finds the pair in their tent, the story becomes pointlessly seedy and the main aim seems to be to make the reader as uncomfortable as possible. So far, so Welsh, you may say but there was nothing underneath the shock, no subtext or cleverness, just smut.

If you liked school, you’ll love work seemed like a case of masculine wishful thinking. The narrator takes great pains to say that he isn’t particularly attractive or slim, yet woman love him and despite some close calls, he never does get caught out. Nothing about this character or any of the women rang true. A series of stereotypes in a series of false set pieces.

The DOGS of Lincoln Park. This is where the collection started to pick up. Welsh carefully plays with racial stereotypes as he forces the reader to make certain assumptions about his Korean chef’s eating habits. You are then left with uncomfortable feeling that you believed the racist hype and assumed that the dog had become dinner.

Miss Arizona. This was a little bit Tales of the Unexpected but very enjoyable. The narrator is clearly trapped somewhere when he starts to tell his tale of making a documentary about his favourite director and interviewing his ex-wife who is heavily into taxidermy. It isn’t too hard to work out what has happened but is a good read nonetheless.

Kingdom of Fife. This is the only story set in Scotland and as such rings the most true. Welsh really does have an ear for his native tongue and captures Jason’s voice well. However, his depiction of Jenni Cahill was less successful and I wasn’t really convinced by her or her sudden change of heart about Jason either.

Like Loading...
As you will discover as this challenge continues, I am incapable of picking a single book for anything. So each post will probably look at two or three books.
My first choice for favourite side character is Walser from- Nights at the Circus by Angela Carter
Jack Walser is the straight man to the magical, winged woman Fevvers in Ang

ela Carter’s wonderful tale of mystery and intrigue. In a lot of ways, he performs the function of a reader, incredulous and duped by the amazing Fevvers. He gets drawn into her chaotic world almost against his will and is amazed by her along with the reader.
In the course of the novel, Walser is frequently injured and humiliated. He completely loses himself at one point before being reborn a new and wiser man. As a reader, we feel for him and worry for him, in a way that you don’t have to about Fevvers who is strong and confident and although she gets into scrapes, she seems so together that there seems little need to doubt she will survive.
The reason I like him so much is that as a journalist, he should be cynical but in the face of the Fevvers, he cannot remain so. He is described as unfinished and does not reach his true personality until he has been through his series of adventures and falls for Fevvers in every way.
Spud from Trainspotting by Irvine Welsh
Spud is one of my favourite comic characters. He is involved in one of my favourite incidents in Trainspotting – the job interview which he attends with Renton having taken speed and in which he informs the interviewer that h 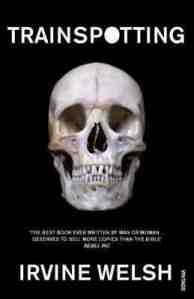 as lied on his application form. Welsh perfectly captures his voice, calling everyone ‘cat’ and ‘kitten’ and showing his eternal optimism and friendliness. Unlike Renton, Sickboy and Begbie, Spud is a warm character who maybe a little naive and hopeless but is not as flawed as the others.
Spud has perhaps the most poignant moment in the novel where he begins to feel close to a woman but loses his nerve after remembering a line from There is a light that never goes out by The Smiths. It is heartbreaking.
Ponder Stibbons from the Discworld series by Terry Pratchett
If you have ever worked in an office (or wherever) and felt that you were the only sane person in the place, then you will have a great deal of sympathy for my third choice, Ponder Stibbons. He is the only sensible wizard in Unseen University. Having to deal with Arch-chancellor, Ridcully  on a daily basis would try the patience of a saint and Ponder is often on the very edge of his patience. But what is really great about this character is the strategies he employs in order to ensure that things are actually done his way. The way he plays Ridcully is a joy to behold.